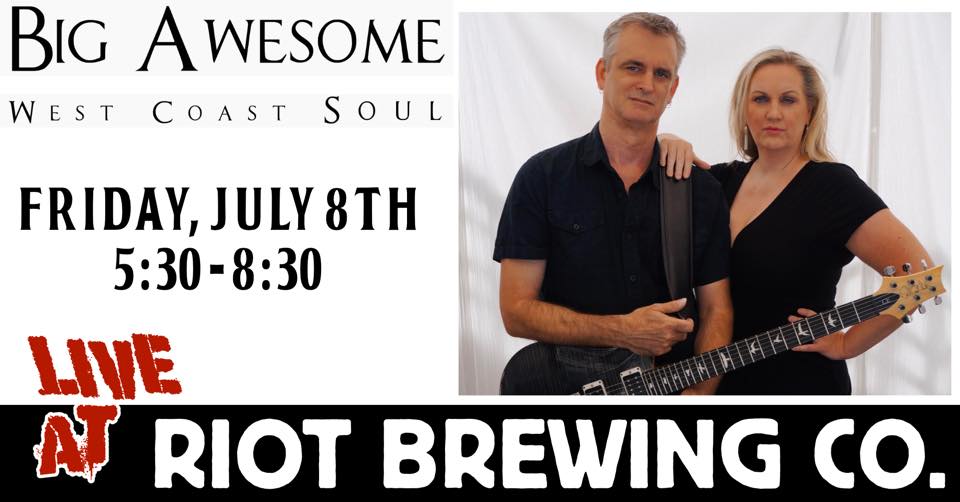 What’s “West Coast Soul”? When you’re funky but not funk, you’re R&B but not blues, you’re soulful but you also rock, that’s west coast soul. Party tunes and dance music with an edge.

Big Awesome, based on Vancouver Island, is fronted by husband and wife team Doug Towle and Andrea Shannon. They can be seen performing as anything from a duo up to a full show band. Doug is one of Canada’s premier guitarists having been recognized by Guitar Player Magazine and has performed across Canada, the US, and Mexico. Andrea’s sweet, soulful voice soars over Doug’s husky baritone. Together they are a singularly exciting unit.